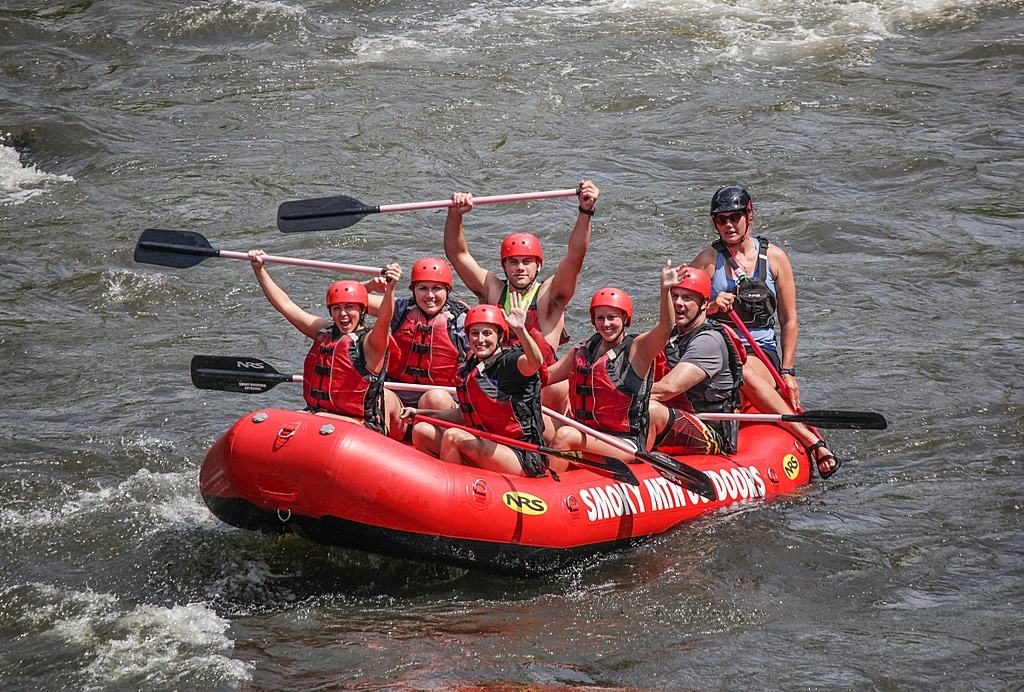 If you find yourself daydreaming about white water rafting and just can’t wait until we open up for the season, this is a great time to check out some of Hollywood’s best movies that feature rafting scenes! Here are the top 4 movies to get you excited about rafting in the Smokies: 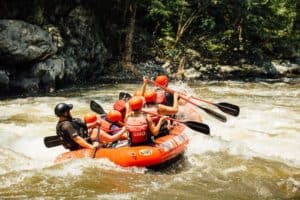 The River Wild is a 1994 thriller about a family on a whitewater rafting trip who mistakenly befriends a group of violent criminals in the wilderness. The movie stars Meryl Streep as a former Montana river guide who takes her family for a rafting adventure down the river. Along the journey, the family encounters some men who claim to be inexperienced rafters that are looking for their friends down the river. These rafters, including one played by Kevin Bacon, turn out to be armed robbers and lead the family on a white knuckle adventure that will have you on the edge of your seat!

Kevin Bacon must be a fan of white water rafting, because he also stars in a 1987 flick called White Water Summer. This is a coming of age tale where a shy boy named Alan, played by Sean Astin, is convinced by his parents to spend a few summer days in the mountains. Kevin Bacon’s character, Vic, joins Alan and his 3 friends on their first wilderness experience and hopes to teach the boys some lessons about the wilderness by pushing them to the limit. He eventually finds himself in desperate need of help and must rely on his students in order to survive.

3. River of No Return 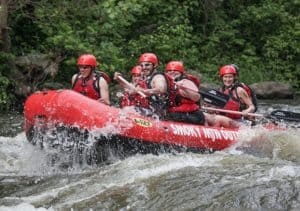 Another top movie to get you excited about rafting in the Smokies is a 1954 classic American western called the River of No Return, starring Robert Mitchum and the iconic Marilyn Monroe. The film recounts the downriver journey of an unexpected group of individuals, including a farmer recently released from prison, his young son, and an ambitious saloon singer. In order to survive, the group must learn to care for the others while battling the river currents and other challenges along the way!

Deliverance is another classic for rafting enthusiasts and is considered by many to be the ultimate river movie. This 1972 film starring Burt Reynolds and Jon Voight showcases a thrilling man versus nature story where city folks are pushed to their physical limits. The movie follows a group of 4 Atlanta city dwellers who decide to take a multi-day canoe trip on the Cahulawassee River in northern Georgia. Their peaceful trip turns into a nightmare as they encounter wild rapids, hostile locals, and other unimaginable perils! The group must battle their way out of the valley in this incredible adventure that showcases white water rafting as an exciting plot device.

Now that you know what movies to watch this winter, you will be pumped up for a day on the river! Check out all of our information about rafting in the Smokies today to plan your adventure, and we look forward to seeing you this season!